As promised to my blogger friend Yvonne who visited Pistoia some months ago & asked me the meaning & the belonging to two cots of arms she found in Pistoia during her walks , here it is the first she met : Cancellieri family one of the most powerful family of Pistoia since 1200 .

The Cancellieri family was together with the Panciatichi family one if the most powerful families in Pistoia since 1200, they were  bankers with no noble origins.

On the cots of arms there is a pork as  the Sinibaldo Cancellieri was called “porcone” ( big pork in English) maybe because he was a big eater!

At the mid of 1300 the Cancellieri family has banks not only in Pistoia but also abroad with some branches in France & in other Countries.

At the end of 1895 the last heir  of Cancellieri family – Girolamo Baldassarre  – left the palace you can see here below in my picture to his grandson Luigi Ganucci , from Florence, on condition to use a double surname to maintain the family name on the palace, so still nowadays it is called : palazzo Ganucci Cancellieri & also the street on the left corner of the façade  is titled to Cancellieri. 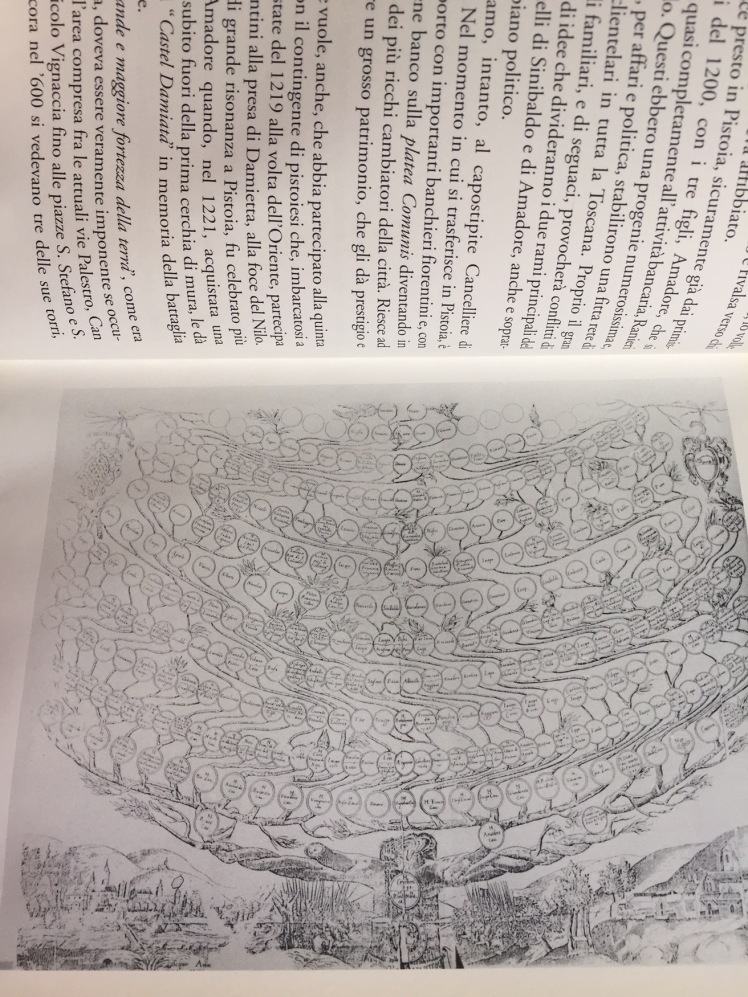 24 thoughts on “Pistoia : cots of arms of noble families from Pistoia”