Enjoy life , carpe diem! The best of my world – food,drink,art,people,life,feelings for you

My passion for Tibet was born many many years ago when my father visited this  Country in the 1988 for a trekking experience : he brought me back some Tibetan handmade moniles and lots and lots stories  about a very special, mystic place of which I didn’t know anything before his trip . A thousand of  multicolour little flags with handmade written  prayers blowing in the wind in front of the Kailash mountain  and  the original tradition to put butter  yak  instead of milk in their tea, their kindness and poverty , their proud to be Tibetan .  He brought also lots and lots  of  slides – yes,  beacause at those times  slides were very common as they were cheaper than photos to be delopped  and above all  it was a simple way to create an occasion to meet  new  people during the slide show and  to comment together unknown Countries with the help of the traveler who first visited them :  a sort of a storyteller we would say nowadays – after this first time my father  went back two other more times and had the chance to see the  bad change China invasion had on  Tibetan lifestyle.

Just in occasion of this tragic event I planned a slide show and photo exibition  by my husband restaurant in Pistoia, of course,  and invited Enzo Gualtiero Bargiacchi –http://www.ippolito-desideri.net/indici/persone/enzo-gualtiero-bargiacchi/?lang=en    the man who dedicated most part of his life studying and finding out news about Ippolito Desideri ,http://www.ippolito-desideri.net/biografia/?lang=en  the Jesuit monk born in Pistoia – and  my father  :so, that evening  I put together  three men from Pistoia,  three  centuries later  with a common passion : Tibet . At the end of the 2017 when Pistoia has been crowned Italy’s capi

tal of culture Ippolito Desideri is  finally under the highlights with this exibition about how  he was important for the new scientific  discoveries and also because he was the first monk who didn’t want to evengelize a people but thought he was fine with its own religion , the Buddism , as a perfect faith for this population and so , great honour to a man who in 1716 visited and studied a new language as the Tibetan – to be able to discuss with the Dalai Lama of the time their faith and writing the first vocabulary from Tibetan to Italian – and who believed in the  freedom of religions : no one is the best , all of them are right .

from the Roman Church who didn’t accept such a liberal and different way of thinking.

”Think different!” is one of our most popular slogan in 2017  :  padre Ippolito Desideri was  already ahead three centuries ago!

You could visit this exibition in Pistoia in via dei Rossi ,7 called ” La rivelazione del Tibet” until 2017 December 10th 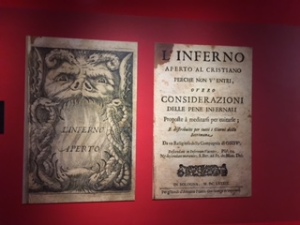 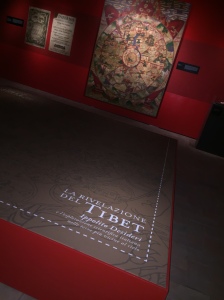 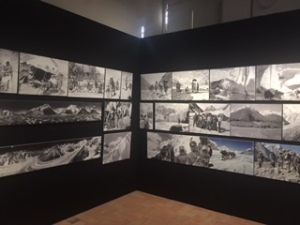 8 thoughts on “Pistoia & Tibet : the first European in Tibet was from Pistoia, in 1716”

I'm a certified tour guide & personal shopper for private tours , in Tuscany , wedding planner in Italy : I can create and plan a special itinerary for you following your requests and passions. My passions are soooo many 😋😉 food ,thick foam cappuccino ( if possibile sipped in an historical cafè ) English tea , Italian gelato , books, arts and art exhibitions ,old bookshops, visiting museums, ,old libraries, dessert wine : vin Santo!, writing about all this & sharing it with you! When I am not traveling you can find me by Restaurant Pizzeria" Il Pollo d'Oro " run by my husband family since 1962 in Pistoia , Toscana, Italia. Feel free to contact me : Drop me a line . mikyriccia@gmail.com Follow me on Twitter @passion4food4fashion Find me on Facebook Michela Ricciarelli and Passion4Tuscany See my photos on Instagram passion4food4fashion

It's all about life experiences and its analysis

Hope For the Infinitely Curious , the Jack of all Trades, & the Multipotentialite

Julie Around The Globe

Everything you need to know to enjoy your trip to Italy!